Skip to main content Skip to main navigation Skip to page-level navigation Go to the Disability Resource Centre Website Go to the DRC Booking Accommodation Portal Go to the Inclusive Technology Lab Website
Faculty of EducationOkanagan School of Education
Home / 2018 / December / 17 / Smiles all around as B.A.R.K. wraps up second year with Okanagan Boys and Girls Clubs

Smiles all around as B.A.R.K. wraps up second year with Okanagan Boys and Girls Clubs

Thanks to a generous grant provided by the Telus Thompson Okanagan Community Board, this was the second year that the club partnered with B.A.R.K. The program saw children aged 5-12 work in small groups with a student mentor, a dog and a volunteer handler to learn valuable social skills like self-control strategies, leadership and empathy.

Each session began with a class discussion on the skills the children were to work on that day, followed by practice in a supportive, non-judgmental environment created by the friendly canines and volunteers. The final part of class had the children move outside of the classroom and practice their skills around campus with university students.

“What I find really rewarding about this program is the positive impact it seems to have on everyone involved,” says Freya Green, B.A.R.K. program coordinator and student mentor. “It’s lovely to watch the program fostering skills in the children as well as the students, and bringing joy to the handlers and the university students we visit.”

This year’s program saw the return of some students from the previous year. That allowed the B.A.R.K. team to observe the longer-term impact the program has had on many of the participants. B.A.R.K. volunteers noticed several returning children “stepping-up” to help other who were nervous or struggling with the lessons.

UBC Okanagan PhD student Camille Rousseau, who joined the fun this year as a mentor, says she was pleasantly surprised by the emotional growth shown by some of the participants.

“It was humbling to be a part of this program and to witness children develop conscientiousness towards others – humans and canines alike – and self-compassion. The impact of this program really grabbed me when one of the children was deeply moved by the story of Phyllis, Dr. Binfet’s three-legged dog, and wanted to know how to deal with the sadness of her story.”

Both Green and Rousseau point out that the benefits of the program aren’t just felt by the children of Okanagan Boys and Girls Clubs. The research and teaching opportunities provided by the partnership were invaluable to the B.A.R.K. team comprised of several UBC Okanagan students and volunteers. Along with Green and Rousseau, the program is led by Education graduate students Carson McKay and Nicole Harris. Harris is completing her MA thesis through the framework of the program.

“This is designed to be a beneficial opportunity for the kids to develop their social skills in the safe, fun environment of a dog program,” says Green. “But it also seems to have benefits on the students who work with them, who are given opportunities to develop their own leadership skills.” 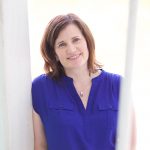 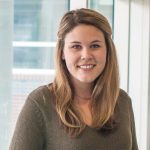 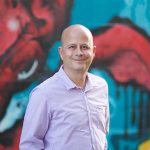 Posted in BARK, Our Faculty, Research & Teaching | Leave a response