Summer Institute in Education will change to an online delivery for 2020.

Instructors will post their updated course syllabus, format and assignments on Canvas (canvas.ok.ubc.ca) once they’re available. Students must be available during the currently posted course dates and times as courses may be synchronous, asynchronous or a combination of both. More information.

For the latest updates on UBC’s response to COVID-19, including Frequently Asked Questions, visit covid19.ubc.ca.

EDST 498F: Learning on the Land: Building a Campfire Community

Please note: Students enrolled in this course can not take SIE courses that run from July 27 to August 14.

This course provides an overview of various methods used by educational practitioners that employ experiential education as a means to transformative learning. It involves breaking down practical considerations involved in leading students through intense immersion experiences in the wilderness or on the ocean. Its purpose is to prepare educators to deliver transformative programs that make a meaningful contribution to the character of the participating students. Students will focus on the ‘nuts and bolts’ of successful experiences and useful strategies for efficient administration. Drawing on experiences from one-week hiking trip with over 120 students to the Rockies as well as a week-long tall ship training experience, educators will learn the keys to creating and maintaining successful experiential education programs.

Students will be able to: 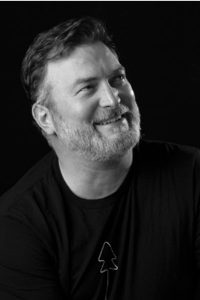 After consulting to the UN on sustainable development he became a teacher with the hopes of bringing students to sustainability and making local change. Now in his 13th year as an educator in Kelowna, Ross uses the outdoors to teach his students to build communities and find their place in the world. His students have sat around the campfire with elders, hiked glaciers, and sailed tall ships in a program called QUEST BC. Ross also helps his student turn their ideas into action, such as the Mission Roots Café that has made over $10,000 for groups impacted by or looking to solve climate change. One of his proudest moments was receiving a 28 page application from his students for an award – which lead to Ross receiving the Prime Minister’s Award for Excellence in Teaching in 2019.

Register for Term two (July/August) courses via the Student Information Service Centre (SISC). If you intend on taking a 400-level course, please ensure that you receive prior approval by your graduate supervisor using this form.

If you are looking to transfer a course into UBC Vancouver, or another institution, please confirm transfer credit will be approved prior to registering for a UBC Okanagan course.

*It is the student’s responsibility to ensure that the course is accepted towards the completion of a program.

Register for Term two (July/August) courses via the Student Information Service Centre (SISC). You must have 2020 Summer registration eligibility. If not, please email sie.education@ubc.ca.

If you are looking to transfer a course into UBC Vancouver, or another institution, please confirm approval of transfer credit prior to registration.

*It is the student’s responsibility to ensure that the course is accepted towards the completion of a program.

Apply to take select coursework as a non-degree student at through the Non-Degree Access Studies Application.

Please note: There is no option for “May 2020 – Aug. 2020.” You will need to apply for “Sept. 2020 – Dec. 2020”, and indicate in the question “Please tell us why you are applying to take courses at UBC through Non Degree Studies” that you are applying for the Summer Institute in Education. If you require assistance, please email sie.education@ubc.ca

Register for Term two (July/August) courses via the  Student Information Service Centre (SISC). You must have 2020 Summer registration eligibility. If not, please email sie.education@ubc.ca.